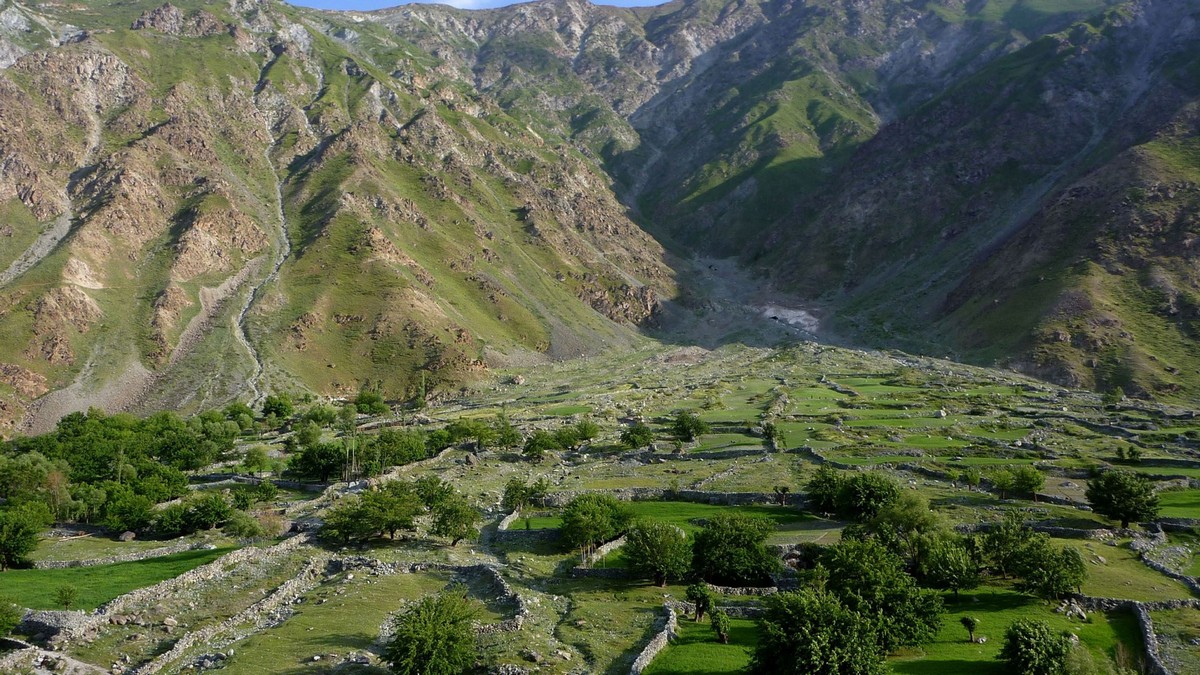 James Brett the Founder of Plant for Peace has lived a harrowing, funny, dysfunctional and inspiring life. James public speaking engagements are becoming more and more in demand as James inspires diverse audiences from global leaders to prison inmates and the business world to mental health patients. 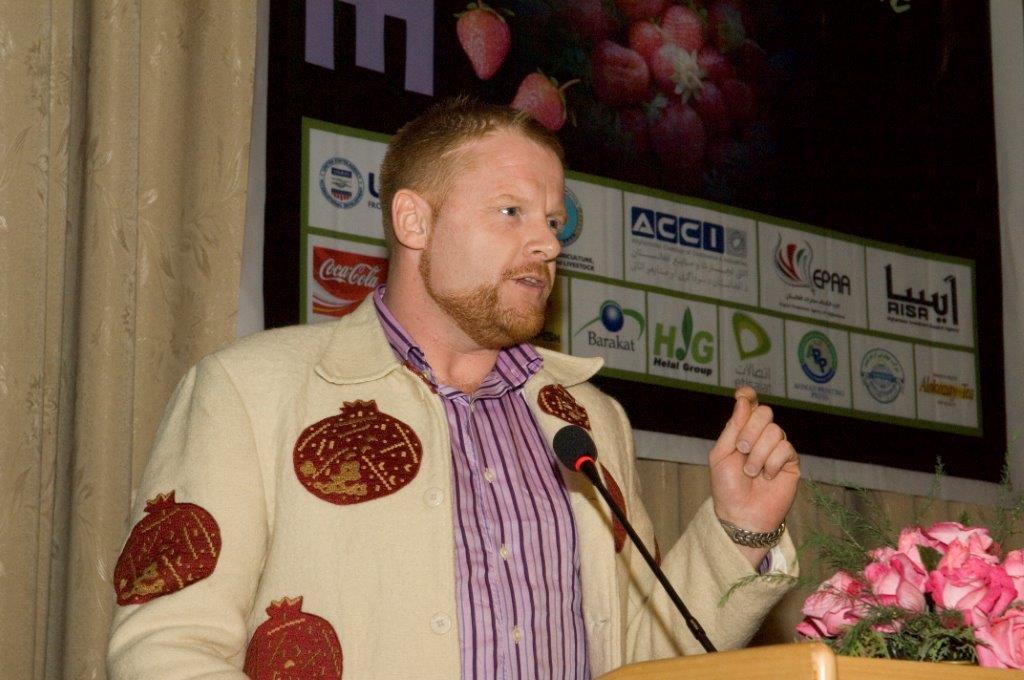 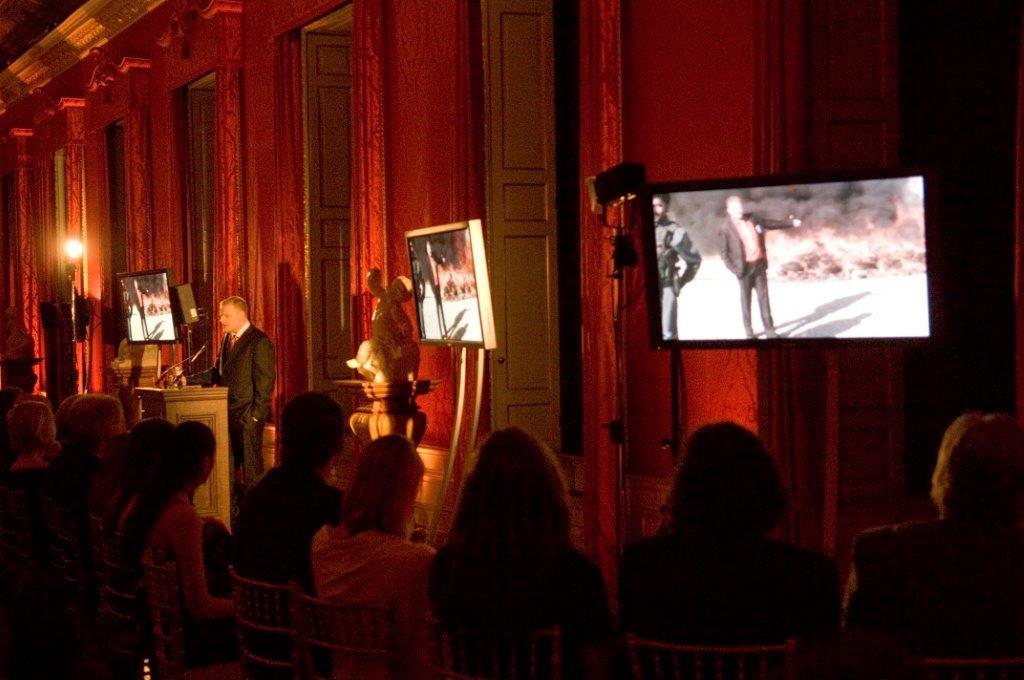 "I was mesmerized listening to James Brett when he spoke at Ben & Jerry’s in Vermont. I ended up spending the rest of the day with him, exploring ideas and ways to have positive impacts on communities. What a treat for me."

"James’s story touched and inspired people at a profound level. The way in which he has overcome his extremely challenging early life experiences to create such an improbable and impactful business is genuinely astonishing. The honesty, humour and emotion with which he described his journey challenged everyone present to reconsider the scale of their own ambitions and their views on what’s possible in their own lives."

"I defy anyone not to be moved and inspired by James’ story. Plant for Peace is a powerful force for good and testament to how one person can have a profound impact on our fragile planet"

"I was spellbound by James' story. From the very first sentence it was harrowing but uplifting at the same time. It was truly inspiring to hear how James had used his own personal adversity as a catalyst to do something selfless and profound. I will never forget James' story."

"James is an unconventional speaker with a blockbusting story. For anyone who’s been brought up in a comfy middle class world – his experiences make you feel at times uncomfortable, at times shocked, but in the end amazed and inspired. His difficult journey is worthy of a Hollywood movie (I hear a film is already in production). His campaign for a better world is very real – all action, with just the right amount of talk’"

"We have had over 100 speakers at The Marketing Academy events over the last 5 years but no one has had the impact of James Brett. He’s inspirational, stunningly honest, and the personification of humility. At his most recent talk (we’ve booked him 4 times) not one of our Scholars moved a muscle during the entire hour and by the end there was not a dry eye in the house. James is the only speaker at a Marketing Academy event to receive a standing ovation that we actually had to call time on"

"James Brett tells an inspiring personal story of overcoming incredible odds to arrive at the unlikeliest of places - Afghanistan ridding the world of heroin, one beautiful pomegranate at a time! Absolutely nothing will prepare you for his bravery. He tells his story and it is 100% raw. Listening to his soulful stream of consciousness about the beauty and brutality of the human condition, as he has experienced it, is both riveting and cutting - one part Trainspotting, one part Bear Grylls and one part Shawshank Redemption - a story of dark to light that will leave you reeling for weeks afterwards. Astonishing!"

Some of the companies or institutions where James Brett has spoken.

Tweets from listeners of James Brett

@lisagoodchild: @PlantforPeace feel blessed to have met you. You are truly inspirational, been buzzing with ideas all weekend. Now to make a difference :)

@harriet_rock: @PlantforPeace an incredibly moving story and beautifully told, you had us all enraptured!

@AmIALawyerNow: @PlantforPeace listening to your story gave me one of the most emotional moments I've had this year. It was amazing! Thank you! #fire

@lnroneill: Amazing story listening to James Brett of @plantforpeace this morning. Terribly disappointed that I couldn't stay to the end.

@ProvenanceLDN: We just had the most inspiring morning hearing James' story that led to Plant for Peace http://plantforpeace.org/ @plantforpeace #wayraunltd

@Arf_22: Completely blown away by James Brett from @plantforpeace. What a story. So inspired.

@amplifycoach: @plantforpeace read your story in @TheWeek a couple of years ago, INCREDIBLY INSPIRING. #everyoneshouldreadaboutthis